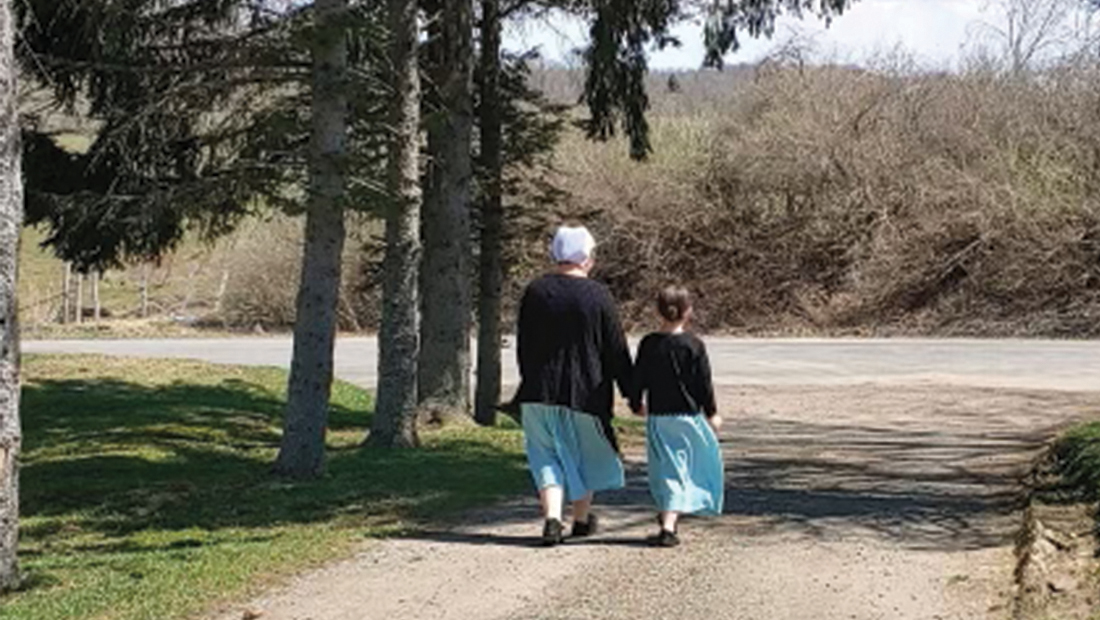 Posted at 10:36h in Family Stories by Kimmy Venter

After giving birth to five sons, Mary Beiler was thrilled to welcome a baby girl — Suzanne — into the world in February 2014. She and her husband, Marcus, brought their daughter home assuming she was a perfectly healthy newborn. Then, at just ten weeks old, Suzanne experienced sepsis, a life-threatening medical emergency caused by an infection.

Suzanne became unresponsive and stopped breathing, so her frantic parents called 911. She was rushed by ambulance from the Beiler’s home in Canajoharie to a nearby hospital. Once she was stabilized, she was transferred to Albany Med. “Doctors were puzzled because she seemed very healthy,” Mary recalls.

After running a battery of tests, they determined that Suzanne had a structural problem in her kidneys that prevented urine from draining properly into her bladder. This obstruction meant that urine was backing up in the baby’s kidneys, causing a severe infection.

“The doctor told us this was a very, very unusual case and that he had never dealt with it before,” Mary says. “They performed minor surgery hoping that it would help the urine flow properly.”

Doctors said Suzanne would eventually need major surgery, ideally at age twelve. Although they prescribed medications hoping to prevent future urinary tract infections, she continued to experience repeated infections that required hospitalization. “From March through July, she was in and out of the hospital,” Mary explains. “When we took her back in July, they told us the tests were coming back clear and that they could not find anything wrong with her. We were very discouraged because we knew she was sick.”

During Suzanne’s initial five-day hospitalization, and on multiple occasions thereafter, the Beilers found a home away from home at the Ronald McDonald House.

“It was a great place to be away from home,” Mary recalls. “When you are there, you feel loved. We had everything we needed at our fingertips and a room to ourselves. It could not have been better. It felt like home.”

Staying at the House allows any family that lives a long distance from Albany Med to remain close to their child without worrying about the stresses of transportation. For the Beilers, this was especially important. As an Amish family, they do not own a car, and there was no way they would have been able to make the two-hour round-trip from Canajoharie to Albany every day.

In addition to the comforts and convenience the House afforded them during the early stages of Suzanne’s medical treatment, Mary and Marcus will always be especially grateful for the support they received from House Director, Debbie Ross. “Without Debbie, I’m not sure where we would be,” Mary says.

Seeing that Suzanne was very sick, Debbie helped the Beilers connect with the chief of urology at Boston Children’s Hospital, where they were able to schedule an appointment for September. In the months that followed, Suzanne’s health continued to decline. “We came back home, but she kept getting weaker and sicker,” Mary explains. “She was losing weight and her cry kept getting weaker. So, in August, we packed up and went to the emergency room at Boston Children’s.”

Not long after they arrived, Suzanne stopped breathing. Doctors stabilized her and ultimately decided to proceed with surgery. During the eight-hour procedure, they reconstructed her bladder and repaired the ureters that lead out from her kidneys. Several months later, she had a second surgery to correct problems in her right kidney.

“From the time she was ten weeks old to the time she was three, we were in and out of the hospital every four to eight weeks with urinary tract infections,” Mary explains. “She’s now eight years old and doing very well. She’s healthy and happy, and we are hopeful she won’t need any future surgeries.”

Were it not for their time at the Ronald McDonald House, and their interactions with Debbie, the Beilers may never have been connected with the specialists in Boston who saved Suzanne’s life. When asked what they would have done if the House had not been an option, Mary is at a loss for words.

“I can’t even imagine. I just don’t know what we would have done. The Ronald McDonald House is the best. Everyone there does a wonderful job in making a home away from home. Every day, we were just grateful.”