Home / About Us / Our History

Learn how the “House That Love Built” came to be

It all began in Philadelphia in 1974 when three-year-old Kim Hill — daughter of Philadelphia Eagles football player Fred Hill and his wife, Fran — was being treated for leukemia at St. Christopher’s Hospital for Children.

During Kim’s three years of treatment, the Hills often camped out on hospital chairs and benches and ate makeshift meals out of vending machines, all while watching other parents do the same. They learned that many families traveled great distances to bring their children to the medical facility and couldn’t afford hotel rooms.

The Hills knew there had to be a better way. Fred rallied the support of his Eagles teammates to raise funds. Through Jim Murray, the Eagles’ general manager, the team offered its support to Dr. Audrey Evans, head of the pediatric oncology unit at Children’s Hospital of Philadelphia. Dr. Evans dreamed of a comfortable temporary residence for families of children being treated at her hospital. 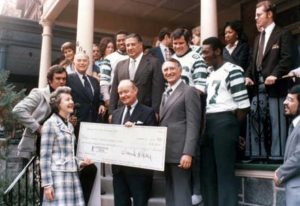 And, thus, the first Ronald McDonald House came to be.

By 1979, 10 more houses opened. By 1984, local communities founded another 60 houses (including the Ronald McDonald House in Albany); then 53 more opened by 1989. Today, more than 377 Ronald McDonald House programs operate in 45 countries and regions around the world, providing comfort and support to more than 10 million families since 1974. 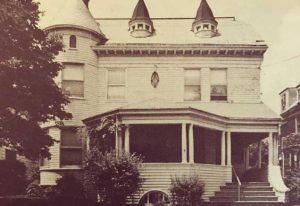 Five years later, in 1987, it became apparent that the facilities at 139 S. Lake Avenue were inadequate to meet the overwhelming need of families. The Board of Directors voted to purchase a second house next door at 137 S. Lake Avenue. Over the course of two years of renovations that required tremendous community support, the two houses were turned into one.  By June of 1989, the capacity of the Albany Ronald McDonald House had doubled, with 16 bedrooms now available for families in need. 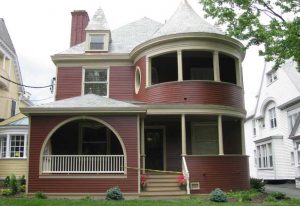 In August of 2000, the Ronald McDonald Family Room opened inside the children’s hospital at Albany Medical Center. For the first time, the comforts of the Ronald McDonald House were made available to families just steps away from their child’s bedside. In June of 2006, the Ronald McDonald Care Mobile debuted in partnership with St. Peters Health Care Services. Now, in addition to supporting family-centered access to quality health care, we could deliver free, comprehensive dental care to children most in need. 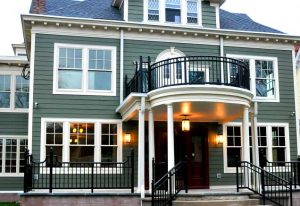 On our 30th anniversary in 2012, RMHC of the Capital Region launched a fundraising campaign to add a third house to the original two established in the ’80s. The $2 million project was completed in 2015, adding nine guest rooms and allowing the Albany Ronald McDonald House to serve up to 25 families at once.

We continue to work closely with the global RMHC network, local healthcare providers, and countless community partners to meet the needs of children and their families. Your support makes all of this possible. We are grateful to all who’ve been part of our story thus far, and we hope you will play a part in our future. Click here to see how you can get involved!