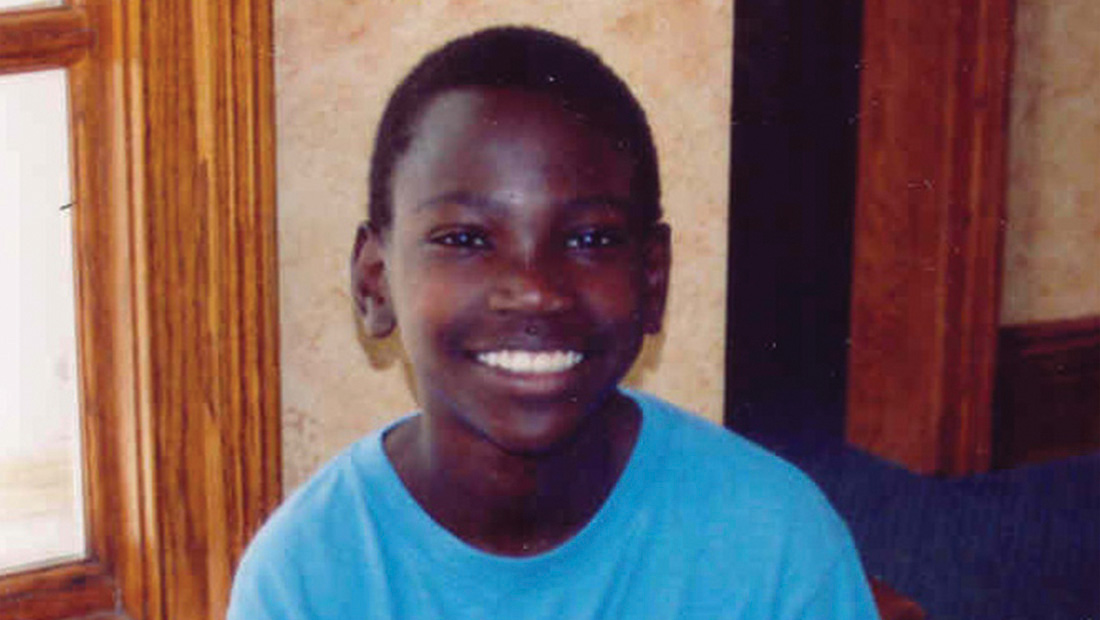 Posted at 22:39h in Family Stories by Kimmy Venter

The year was 2003 and Doreen Bagaya knew her son was dying. Nine-year-old David had a heart condition, and medical treatment was not available to him in their home country of Uganda. Desperate to save her son, Doreen sold a parcel of land that had belonged to her late husband for a fraction of what it was worth. She used the money to arrange for David to go to India for treatment, but when he suffered a stroke and was too sick to travel, her money was not refunded.

Seeing no other options, Doreen left her five other sons in the care of her mother and sister and took David on a dangerous, 200+ mile journey from their home in Gulu to Mulago Hospital, a government-run hospital in Kampala. Although David was admitted to the hospital, Doreen had no money to pay for the medication he needed. A woman of faith, she sought counsel from a priest who recommended she place an ad in a newspaper read by members of the international community living in Uganda. Although the priest said it was a longshot that someone would offer to help David, Doreen saw this as her only hope.

A three-line newspaper ad would cost $100. To pay for it, Doreen’s mother sold ten of her goats. The ad was buried in a corner on the back page of the newspaper. It stated that her son was dying and needed help and listed the phone number of his doctor at the hospital. Three days later, the doctor told Doreen he had received a phone call from an American woman who ran an orphanage in Uganda. This woman — Reverend Jackie Hodgkins — wanted to come to the hospital to meet David.

“A day before she came, David had another stroke,” Doreen recalls. “The doctor said, ‘Doreen, I don’t think this boy will make it.’ I said, ‘He will make it.’ When Reverend Jackie came the next day, I knew she was an angel sent to help us.”

When the Reverend saw how sick David was, she wasn’t sure she would be able to find anyone willing to help. She promised Doreen that she would try, and explained her plan to reach out to an organization called Gift of Life. Over the past 46 years, Gift of Life has helped more than 40,000 children from 80 countries receive treatment for their heart disease.

While they waited for a response, Reverend Jackie paid for David to receive medication and for Doreen to eat in the hospital cafeteria. A few days later, Gift of Life contacted the Reverend and told her that a pediatric heart center in New Jersey had offered free surgery for six children from Uganda. David and another critically ill young boy were selected as the first to travel to New Jersey with their mothers, and Reverend Jackie helped Doreen and David obtain passports and make their travel arrangements.

When Doreen and David arrived at the Heart and Lung Center in Brunswick, NJ, they were given a room with two beds so they could stay together. A nurse came to check on them, and Doreen asked her why David wasn’t crying. While in the hospital in Uganda, he was in so much pain that he would cry all night. The nurse explained that David wasn’t crying because he was receiving the proper medications to relieve his pain. He slept so peacefully that Doreen checked on him constantly throughout the night to make sure he was still alive.

The next morning, a team of eight doctors evaluated David and then met with Doreen. Because of his multiple strokes, David was much sicker than the doctors had been led to believe. They told Doreen he wasn’t strong enough to survive surgery. Hearing this, she cried and begged them not to send her or David back to Uganda. “I knew he would die if they did,” she says.

The doctors assured Doreen that David would not be sent home. Instead, they would look for a place for David and Doreen to stay for six months, until David’s body was strong enough to withstand surgery. Doreen doesn’t remember the details, but somehow Reverend Jackie was able to help connect her with the Ronald McDonald House in Albany.

“They took us in at the House and gave us a beautiful room,” Doreen said. “I felt like a queen. Sometimes I would wake up and pinch my skin to make sure I wasn’t dreaming.”

In their early days at the House, Doreen and David indulged in countless sweets — luxuries unavailable to them in Uganda. Doreen laughs when recalling how much cake, ice cream, and soda they consumed.

Because American food was unfamiliar to them, Doreen was given access to one of the small kitchens in the House, where she could prepare African recipes. All of the ingredients were provided for her, and for the first time in her life, she didn’t have to worry about going hungry. 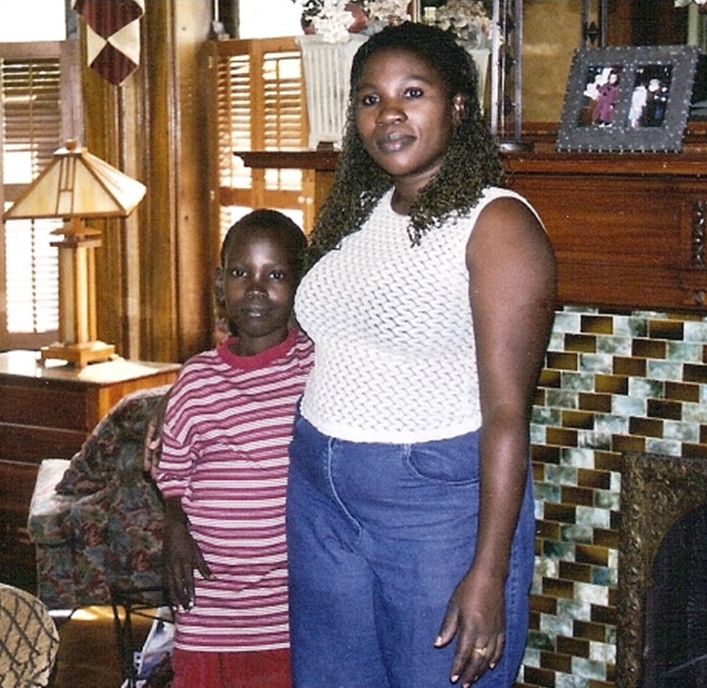 During the six months that they waited for David to become strong enough for surgery, volunteers drove them back and forth to New Jersey for David’s doctor appointments. Doreen was also provided with calling cards so that she could call Uganda and relay messages to her family who had no telephone.

David’s surgery was a success, and after his discharge, he and Doreen returned to the Ronald McDonald House. His right arm and leg were weak as a result of his multiple strokes, and the video games and pool table at the House helped with his rehabilitation.

“The first Christmas we had at the Ronald McDonald House, David wrote his wishes on a piece of paper,” Doreen recalls. “Everything that boy wrote down was given to him. He even got a Play Station, and that helped him a lot.”

Staff and volunteers at the Ronald McDonald House surrounded David and Doreen with love during what turned out to be a two-year stay. As David’s health improved, Doreen started volunteering, finding purpose in helping other parents of sick children. In addition to assisting with cleaning and cooking, she was trained to work at the front desk. “What they did for my son, I wanted to do for others,” she explains. 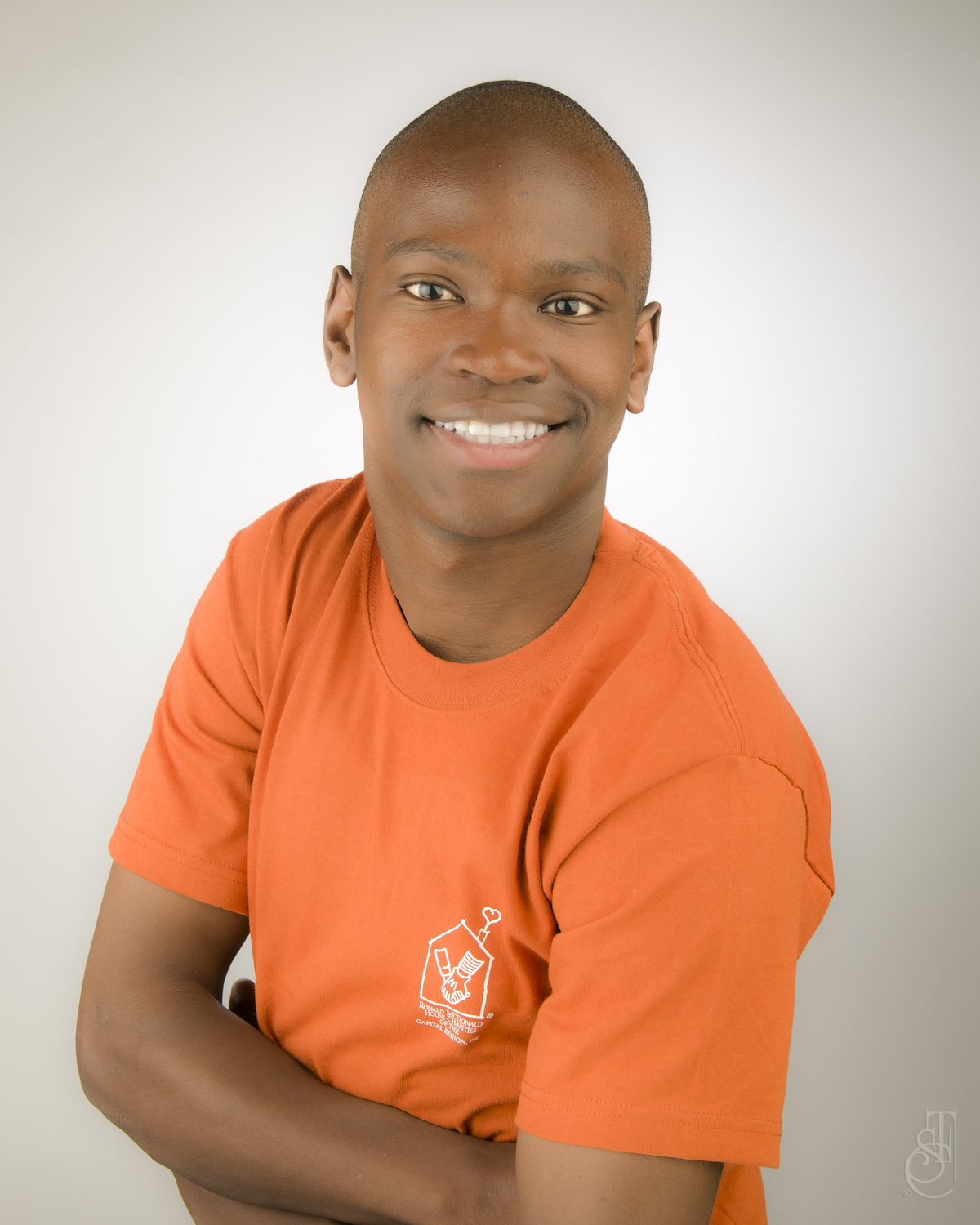 Although David’s surgery was a success, Doreen learned he would need a second operation to insert a mechanical heart valve when he turned eighteen. As a result, she and David were not able to return home to Uganda. Staff members at the House helped Doreen secure the necessary paperwork to remain in the U.S., obtain employment, and find an apartment in Albany. In 2007, they moved to Massachusetts to live near a friend they had met while living at the House. Three years later, Doreen was able to bring the rest of her children to live with her in the U.S. after seven long years apart.

David is now an adult, and although he will be on medication for the rest of his life and may eventually need a pacemaker, he is alive and well. When Doreen reflects on the years they called the Ronald McDonald House their home, she is overwhelmed with gratitude.

“When I came, I didn’t have any family or friends here. The people at the Ronald McDonald House were my family. If they did not take me, I don’t know what I would have done. They are all such good people.”